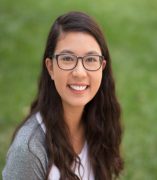 Kimberly Beaudreau is a PhD student working with Adam Goodman. She is interested in the trajectory of U.S. immigration policy over time and the historical experience of migrants, particularly refugees and asylum seekers. In relation to these interests, Kimberly collaborated as a research assistant with the University of Dayton Human Rights Center on a Global Study on the Domestic Impact of UN Human Rights Treaties. Her research efforts contributed to a global study led by the University of Pretoria in collaboration with the UN Office of the High Commissioner for Human Rights. For the 2020-2021 academic year, Kimberly is a History Department representative on the UIC Graduate Student Council.

Outside of UIC, Kimberly volunteers with the Illinois Coalition for Immigrant and Refugee Rights (ICIRR) helping newly sworn-in citizens fill out voter registration forms after their oath ceremony. She has also worked as a policy research analyst at Reform for Illinois and Alianza Americas.

Kimberly’s current research focuses on the Refugee Act of 1980 and its impact on the US refugee and asylum system, as well as on the lived experiences of Vietnamese refugees admitted into the United States both before and after the passage of the Act. She explores the development of ad hoc refugee admittance by the Executive Branch over the 20th century, attempts by Congress to rein in executive power through the Refugee Act of 1980, and whether or not such attempts have been successful.