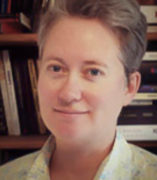 A historian of Europe whose work crosses many boundaries, Nicole Jordan's present research concerns the often perverse cultural encounters and societal dialogues about cultural dominance which underpinned European war origins throughout the twentieth century, and the evolution in these conflicts of mechanized death against civilians as well as combatants. She recently also developed an interest in medical history, specifically in the intersection of war, epidemics, and imperialism in the context of the Balkan Wars and the First World War.

Her present research thus has a twofold focus: the Franco-German dialogue from 1648 to 1945; and changing disease paradigms in the First World War and their sequel.

Jordan’s past published work is in the military, economic, and diplomatic history of interwar Europe. Her book, The Popular Front and Central Europe: the Dilemmas of French Impotence 1918-1940 (Cambridge, 1992; paperback 2002), won the American Historical Associations George Louis Beer prize and was chosen by the American Council of Learned Society for its History E-book Project. She has been both an NEH and Guggenheim Fellow.