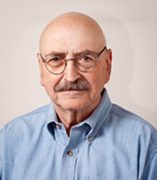 Professor Levy taught a variety of courses on modern German history, 1740-1945, and on the history of the Holocaust. His writing has gradually expanded from analysis of German antisemitism before World War I to the study of antisemitism worldwide, treating the subject in its cultural context and examining its function in politics and society. He has edited the two-volume Antisemitism: Historical Encyclopedia of Prejudice and Persecution (Santa Barbara, CA: ABC-Clio Press, 2005) and, most recently, an anthology for Oxford University Press, Antisemitism: A History (2010). He also served as Director of Undergraduate Studies from 1994 to 2013.