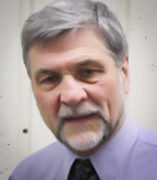 Michael Perman, who retired from the Department of History in 2012 after more than 40 years of service to UIC, taught courses on American history, in particular on the American South, the Civil War and Reconstruction, slavery and race relations, and citizenship and immigration policy.

He has published a number of books and edited collections. His most recent projects have been Pursuit of Unity: A Political History of the American South (University of North Carolina Press, 2010); a third edition of his Major Problems in the Civil War and Reconstruction, co-edited with Amy Murrell Taylor (Wadsworth/Cengage, 2011); and The Southern Political Tradition (Louisiana State University Press, 2012).

Over the years, he has published three books based on archival research. Two of them covered politics in the Reconstruction South. Reunion Without Compromise: The South and Reconstruction, 1865-1868 (Cambridge University Press, 1973) explained the former Confederates’ response to the federal government’s terms for their region’s readmission to the Union after the Civil War, while The Road to Redemption: Southern Politics, 1869-1879 (University of North Carolina Press, 1984) investigated the political system that was established in the South under Reconstruction, showing how it operated and how it was later overthrown. The third monograph, Struggle for Mastery: Disfranchisement in the South, 1888-1908 (University of North Carolina Press, 2001), examined the movement undertaken by the southern Democrats around 1900 to disfranchise almost all black voters and a large number of whites and thereby create the “Solid South,” the region’s one-party system that lasted until the 1960s. Although not a research monograph, Emancipation and Reconstruction (Harlan Davidson, 1989, revised edition, 2003) is a general survey of a particular period in American history and a volume in the widely-assigned American History Series.

He has also published several edited anthologies in American history. Perspectives on the American Past: Readings and Commentary was a two-volume text-book of readings covering all of American history (two editions: 1989, 1995). A more specialized collection of readings was The Coming of the American Civil War (1993). And Major Problems in the Civil War and Reconstruction, a volume in the important series called Major Problems in American History, has gone through three editions (1991, 1998, 2011).