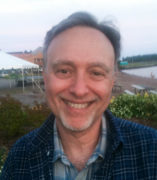 John D’Emilio, who retired in 2014, continues to research and write about the U.S. since World War II, social movements, and the history of sexuality. A pioneer in the field of gay and lesbian studies, he is the author or editor of more than half a dozen books, including Sexual Politics, Sexual Communities: the Making of a Homosexual Minority in the United States (University of Chicago Press, 2nd ed., 1998); Intimate Matters: A History of Sexuality in America, with Estelle Freedman (University of Chicago Press, 2nd ed., 1997); Lost Prophet: The Life and Times of Bayard Rustin (Free Press, 2003), a National Book Award finalist; and The World Turned: Essays on Gay History, Politics, and Culture (Duke University Press, 2002).  An expanded 25th anniversary 3rd edition of Intimate Matters is slated for publication in January 2013.

D’Emilio has won fellowships from the Guggenheim Foundation and the National Endowment for the Humanities; was a finalist for the National Book Award; and received the Brudner Prize from Yale University for lifetime contributions to gay and lesbian studies. A former co-chair of the board of directors of the National Gay and Lesbian Task Force, he was also the founding director of its Policy Institute. Intimate Matters was quoted by Supreme Court Associate Justice Anthony Kennedy in the 2003 Lawrence v. Texas case, the historic decision that declared state sodomy statutes unconstitutional.

When not working, he watches old movies, solves sudoku puzzles, and searches for New York-style pizza in Chicago.