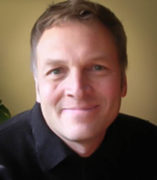 Kirk Arden Hoppe teaches and conducts research in the fields of Modern African History and Modern World History. He is particularly interested in environmental history, gender history, colonialism, and world systems. His first book, Lords of the Fly (Praeger, 2003), examines the history of British sleeping sickness control in colonial Tanzania and Uganda as social and environmental engineering.  He has also published on gender in colonial Africa, on oral history, and on Disney representations of Africa.  His articles have appeared in Africa and The International Journal of African Historical Studies.

Kirk Hoppe is currently working on a cultural history of intersecting African, European and Ottoman imperialisms in Northern Uganda in the late 19th century through the strange career of the German-Ottoman governor of Equatoria, Emin Pasha.  He is interested in overlapping spaces of power and gender at the margins of empire in World History.