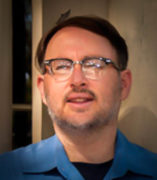 Professor and Director of Teaching of History Program

Johnston has earned considerable recognition for his teaching.  In 2020, he received the historical discipline’s highest award for teaching, the Eugene Asher Distinguished Teaching Award, from the American Historical Association.  In 2016, he received UIC’s highest teaching award, the Award for Excellence in Teaching and, in 2018, the Graduate Mentoring Award from UIC’s Graduate College.  He has also been a recipient of the History department’s 2011 and 2016 Shirley Bill Award for excellence in teaching, as well as the university’s Teaching Recognition Program award in 2007 and 2013.  Johnston teaches courses in modern U.S. history and general historiography as well as on the teaching of history.  As director of UIC’s Teaching of History program, Johnston works extensively with both pre-service as well as current teachers.  In partnership with Chicago Metro History Fair and Loyola University, he has served as academic director of five month-long teachers’ institutes on “Rethinking the Gilded Age and Progressivisms: Race, Capitalism, Democracy, 1877-1920,” sponsored by the National Endowment for the Humanities.  He served as the academic director for three U.S. Department of Education Teaching American History grants and participated in more than twenty other TAH projects.  He regularly presents professional development workshops at the Newberry Library and has served as a consultant for the Social Science 3.0 initiative in the Chicago Public Schools. Johnston recently finished a three-year term as co-chair of the College Board’s Advanced Placement United States History Development Committee, and he remains on that committee through 2022.  Since 2018, he has served as co-editor of the Journal of American History’s “Textbooks and Teaching” section.  He is also the author of The Making of America: The History of the United States from 1492 to the Present (National Geographic Society, 2002; second ed., 2010), a textbook for middle school and early high school students that received a School Library Journal Best Book of the Year award.  He has, as well, taken over as lead author for the next edition of The American Century: A History of the United States Since the 1890s (Routledge: co-authors--Walter LaFeber, Richard Polenberg, and Nancy Woloch).  Johnston has also presented lectures and led seminars in Hong Kong, China, Vietnam, England, Norway, Israel, Turkey, Switzerland, and Germany.

Johnston serves as a vice-president and chief steward of UIC’s faculty union, UIC United Faculty. He lives with his wife Anne, a special education teacher, and family in Chicago’s West Rogers Park neighborhood, where he roots avidly for the World Series champion Chicago Cubs.