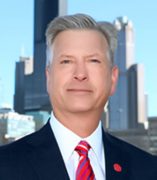 Neal R. McCrillis joined the University of Illinois at Chicago in March 2017. He serves as the Vice Provost for Global Engagement and Associate Professor of History.

Dr. McCrillis is a specialist in twentieth century British history. His book The British Conservative Party in the Age of Universal Suffrage was published in 1998 by Ohio State University Press. He has also published articles and delivered papers on the House of the Lords, British Cold War film, and World War I memorials. Over the past several years Dr. McCrillis has presented papers in the U.S. and U.K. based on his research into the British response to America and Americans in Britain during World War I. The planned book is tentatively entitled “Cowboys into Yanks: British Attitudes toward Americans during the Great War.”