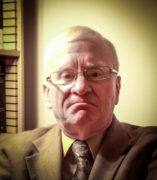 James Sack, who taught at UIC until his retirement in 2014, continues to teach British and Irish history, and Western Civilization. His first book was The Grenvillites: Party Politics and Factionalism in the Age of Pitt and Liverpool (University of Illinois Press, 1979). He is now currently working on a two-volume study of British Conservative political ideology and the press in the eighteenth and nineteenth centuries. The first volume was published by Cambridge University press in 1993 as From Jacobite to Conservative: Reaction and Orthodoxy in Britain, 1760-1832 (Cambridge, 1993). It appeared in paperback in 2005.