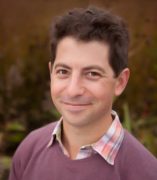 Professor and Chair of the Department of History

Currently Chair of the Department of History, Professor Schultz is an award-winning historian who teaches twentieth- and twenty-first-century American history with special interests in religion, ethno-racial history, and American intellectual and cultural life.  He has published widely, given numerous invited presentations, and has excelled as a public intellectual, academic, and teacher. He is a past president of the Society for U.S. Intellectual History and currently the Academic Chair of UIC Global.

Professor Schultz's most recent book, the winner of the Robert F. Lucid Award from the Norman Mailer Society, examines the fascinatingly intertwined lives of right-wing firebrand William F. Buckley, Jr. and left-wing radical Norman Mailer as a way to better understand the 1960s.  Buckley and Mailer: The Difficult Friendship That Shaped The 1960s (W.W. Norton & Co.) came out in June 2015, was an Amazon.com #1 New Release in US History, and was reviewed widely, including in The New Yorker, Esquire, the Wall Street Journal, the Los Angeles Times, the Chicago Tribune, the Boston Globe, the New York Review of Books Blog, the Times of London, National Review, and more.

His first academic book, Tri-Faith America: How Postwar Catholics and Jews Held America to Its Protestant Promise (Oxford University Press, 2011--now in paperback), charted the decline of the idea that the United States was a “Christian nation” and the subsequent rise of the notion that the country was premised on a tri-faith idea that came to be called “Judeo-Christianity.”  The book showed how acceptance of America's "Judeo-Christian" premise changed the country, in places like public education, collegiate fraternities, suburbs, and the census, all during what were the supposedly conformist 1950s.

Professor Schultz has also had essays in the profession's flagship journals, including the Journal of American History, American Quarterly, The Journal of the American Academy of Religion, and Labor History, as well as other distinguished outlets, both popular and academic.  His research has been sponsored by the Harry Ransom Center, the Tanner Center, and more.

A distinguished teacher, Professor Schultz has won several major awards for his teaching, including the Teaching Recognition Award from the Council for Excellence in Teaching and Learning at UIC twice and the 2012-13 Shirley A. Bill Award for Excellent Teaching, an award selected by UIC History faculty, graduate students, and majors.  Professor Schultz is also the author of HIST, a popular college-level textbook, now in its fifth edition (Cengage Learning, 5th ed. 2018).  He has appeared on the NPR show "Backstory: With the American History Guys" not once, but twice, and has made numerous appearances on C-SPAN and MSNBC.

“The Blessings of American Pluralism,” in Darren Dochuk and Matthew A. Sutton, ed., Faith in the Age of Obama (New York: Oxford University Press, forthcoming 2015).  Presentations from this forthcoming book aired on C-SPAN, Dec. 25, 2014.

“The Irony of the Postwar Religious Revival: Catholics, Jews, and the Creation of the Naked Public Square,” in Kathleen Donohue, ed., Liberty and Justice for All?: Rethinking Politics in Cold War America (Amherst: University of Massachusetts Press, 2012), 213-242.

“Everywhere and Nowhere: Religion in the Historiography of the Modern America,” co-authored with Paul Harvey, The Journal of the American Academy of Religion (March 2010), 129-62.