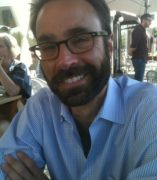 Jeffrey Sklansky specializes in the intellectual and social history of capitalism in eighteenth- and nineteenth-century America. After graduating from the University of California at Berkeley and receiving his Ph.D. in History from Columbia University, he taught at Oregon State University from 1997 to 2011, when he moved to the University of Illinois at Chicago. He offers courses on the history of capitalism, radicalism in America, and American intellectual history, among other topics. He is the author of two books. The Soul’s Economy: Market Society and Selfhood in American Thought, 1820-1920 (University of North Carolina Press, 2002) traces the fall of classical political economy and the rise of modern sociology, psychology, and allied social sciences in its place. Sovereign of the Market: The Money Question in Early America (University of Chicago Press, 2017) examines the two-hundred-year struggle over what should serve as money, who should control its creation and circulation, and what principles should govern its role in market relations. For potential graduate students, he is currently accepting new students in early American history, intellectual history, labor history, and the history of capitalism.