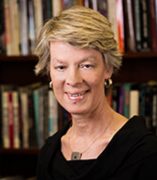 Keely Stauter-Halsted specializes in modern East-Central European history with a focus on Poland. She teaches courses on Eastern Europe, Poland, The Polish Diaspora, Jewish History, Migration, The Home Front, and Comparative Nationalism and Post-Imperialism. She has published widely on questions of peasant mobilization, gender and sexuality, Jewish-Christian relations, and the impact of refugees and other migrants on modern state formation.  Stauter-Halsted received her PhD from the University of Michigan and spent a year at the University of Northern Iowa before moving to Michigan State University, where she taught from 1994 until 2010. She was recruited to UIC as the first Stefan and Lucy Hejna Chair in the History of Poland and as a part of a growing Polish Studies initiative, which supports a broad curriculum of coursework at the graduate and undergraduate levels including a study abroad program in Cracow, maintains a rich schedule of public programming on East European topics, and provides supplemental research assistance to doctoral students focusing on the region. She also sponsors an annual workshop, the “Midwest Historians of East-Central Europe,” which brings together scholars from across the region to share their work. Stauter-Halsted is part of an active cohort of East Europeanist scholars in the History Department that includes Małgorzata Fidelis, Marina Mogilner, and Jonathan Daly.

Stauter-Halsted’s research looks at the ways “marginal” populations across the Polish lands have accessed state power and at the way conceptions of Polishness have broadened to include members of the lower classes, ethnic minorities, and women. Her first book, The Nation in the Village: The Genesis of Peasant National Identity in Austrian Poland, 1848-1914 (Cornell University Press, 2001), traced the mobilization of Galician Polish farmers into public life, examining the distinct contribution of this unlettered population to democratizing gentry and aristocratic public agendas.  The book relies on archival sources and ethnographic materials housed in collections across Poland, Austria, and Ukraine. It was awarded the American Association for the Advancement of Slavic Studies Orbis Prize for the best book on Polish affairs in 2002.

Her interest in those left out of the historical narrative prompted Stauter-Halsted to turn to the history of prostitution for her second book. The Devil’s Chain: Prostitution and Social Control in Partitioned Poland (Cornell, 2015). Here she considers the life world of women working as prostitutes across the divided Polish lands to understand the fate of poor, unskilled female laborers as they struggled to survive and achieve some modicum of social mobility. The book addresses rural-urban migration, abuses within the institution of the domestic service, the growth of early industry in the Polish lands, the rise of social anxiety about venereal diseases, and the white slavery panic at the turn of the twentieth century. It takes into account the position of physicians, legal scholars, police experts, bourgeois women’s charities, the Catholic Church, and eugenics associations in assessing the problem of profligate women lining city streets. The Devil’s Chain received the AHA’s Joan Kelly Prize for Gender and Women’s History, the Association of Women in Slavic Studies’ Heldt Prize, and the Polish Institute of Arts and Sciences in America’s Oskar Halecki Prize.

More recently, Stauter-Halsted has turned to the study of refugees and forced migration in Eastern Europe, focusing especially on the period immediately following World War I. Her current project examines shifting borders, moving people, and population management in 1920s Poland, looking at the ways the Polish Second Republic dealt with the millions of residents transplanted as a result of war, revolution or return migration. The screening of this mobile population at war’s end and the regime of surveillance established thereafter tell us much about the way Polish officials and the wider settled community understood questions of national belonging, individual rights, citizenship, disease, crime, and threats to the democratic order.

For potential graduate students, she is currently accepting students wishing to specialize in modern East Central Europe, especially Poland, and who are able to conduct research in at least one East European language. She is particularly eager to train those interested in questions of human mobility, gender and sexuality, nationalism and imperial history, social historical questions, East European Jewish society, and in transnational topics.

“Sex at the Border: Trafficking as a Migration Problem in Partitioned Poland.” Migration and Mobility in the Modern Age: Refugees, Travelers, and Traffickers in Europe and Eurasia, 164-187. Ed. Anika Walke, Jan Musekamp, and Nicole Svobodny. Bloomington: Indiana University Press, 2017.

“Policing the Borders of Belonging: Gender, Sexuality, and the Polish Nation.” Roczniki Antropologii Historii 4, no. 7 (December 2014): 37-54.